Located directly south of Colorado Springs, Security Water District serves 19,000 customers. In January 2016, Security Water learned from the news media that were among 94 water supply sources that exceeded the EPA’s PFC provisional health advisory. Significant news coverage alarmed area customers and so began months of testing, communicating and reassuring customers that Security Water was doing everything they could to address the problem. For several months, Security was unable to provide 100 percent of its customers water below the health advisory. Immediate voluntary outdoor watering restrictions and emergency infrastructure projects became the District’s interim solutions until treatment of the groundwater can be implemented.

Sigler Communications was hired to develop a communications and outreach strategy to communicate with customers and the news media. Our team developed the plan of action and then quickly educated customers on the issue and what they needed to know. Security Water adopted a very transparent communications posture and provided information on the situation and steps the District was taking to rectify the problem.  Local and national news media was used to communicate information in addition to content generation for the District including bill stuffers, fact sheets, maps, website content and social media.  The first ever-voluntary watering restriction was communicated as a means to reduce use of surface water until additional surface water could be added to the system.  Our team coached the staff on how to responds to the high volume of calls and key messages to deliver.

Bill stuffers to communicate to customers 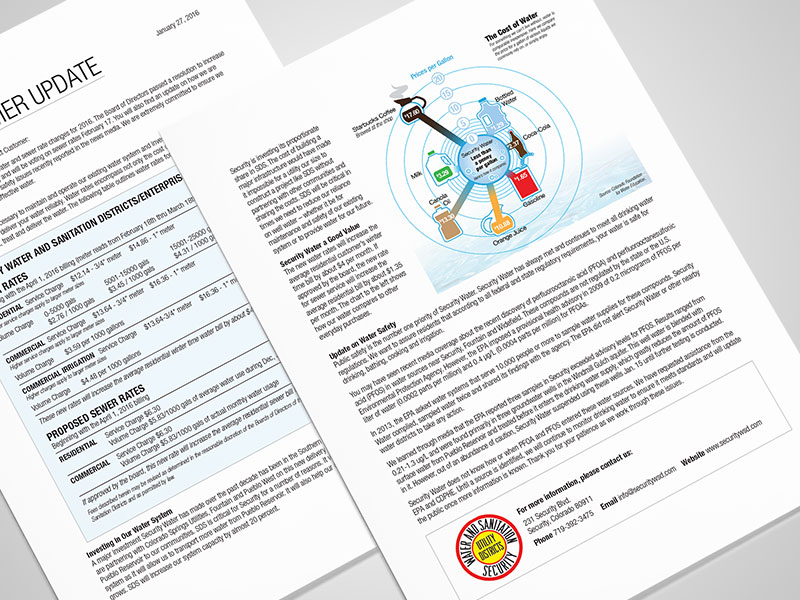 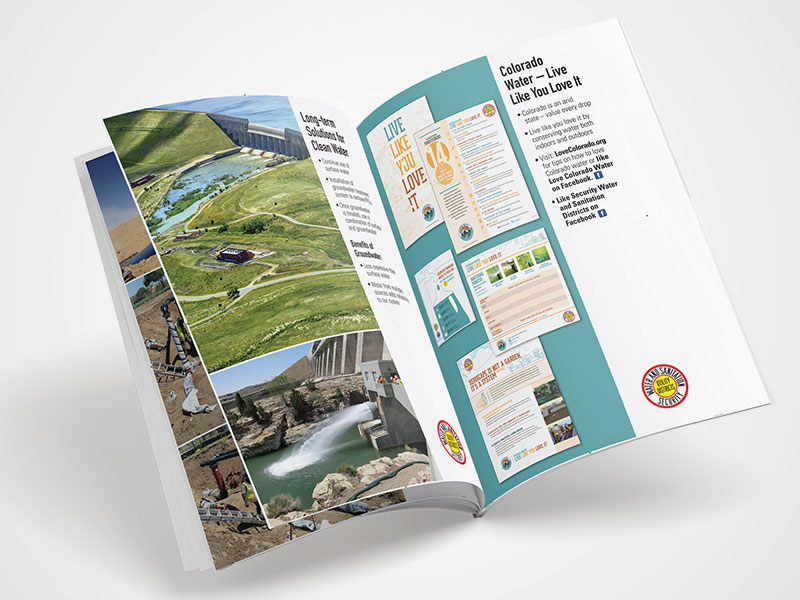 While customer concern and outrage was very high, it was not directed at Security Water District. Security Water implemented a number of interim strategies in record time to get 100 percent of its customers on PFC-free surface water.  Customer confidence in the District remains high and customers are appreciative of the efforts the District made to address the issue so quickly.  Regulatory agencies lauded the way in which Security Water handled these issues.